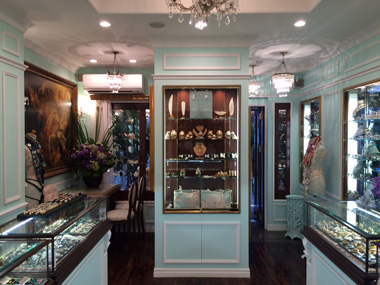 Haute Joaillerie Akio Mori is a renowned Japanese jeweller. Exclusive shops are based in Ginza (the main store) and Asakusa in Tokyo. The founding and ongoing principle of Akio Mori since its establishment in 1968 is ‘good is good, beauty is beauty, and we continually strive to produce better and more beautiful jewellery’. The unique jewellery designed by Akio Mori is based on both Oriental and European motifs and possesses a chic elegance and refinement. Many of the jewellery pieces are produced by using traditional Japanese techniques and materials, such as Makie (gold lacquer), Kinsai (gold leaf) and Raden (Japanning). This high quality, beautifully detailed jewellery has been worn by clientele within a wide age range for generations. Akio Mori has also been designing and creating jewellery for Paris Collections, Haute Couture fashion shows, recitals, films, theatres, TV commercials and fashion magazines (e.g. Paris Vogue). 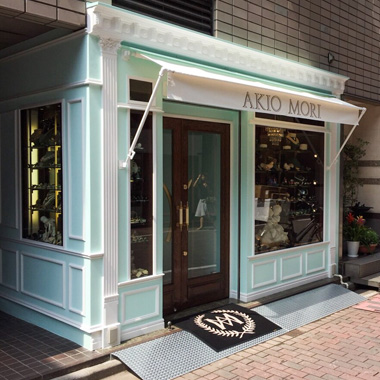 The shop in Ginza has a bright peppermint green interior reminiscent of a style popular in salons of great European Manor Houses. Please enjoy the ambience of the shop 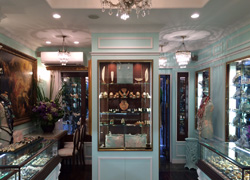 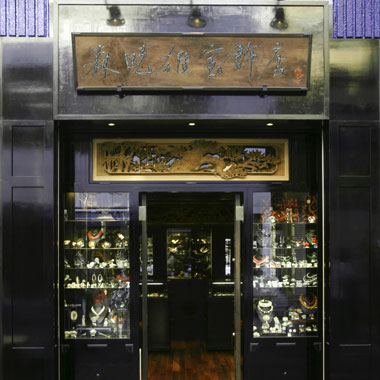 The shop in Asakusa is located in one of the streets dating from the Edo period. Please come and enjoy the atmosphere of one of the most famous and historical places in Japan. 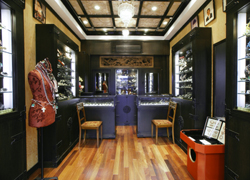 Makie is a specialised technique using Japanese lacquer decorated with gold or silver powder sprinkled on using a makizutsu or a kebo brush. The technique dates from the Heian period (794–1185) and reached its zenith in the Edo period (1603–1868). Ownership of Makie objects was an indication of wealth and power. They were originally designed as household items for members of the royal court, but quickly became popular amongst the wealthy.

Kinsai is a simpler process than Makie. It uses Japanese lacquer decorated with alloy and is thought to have been imported from India and China. Kinsai blossomed in the Nara (710-794) and the Heian Period.

Raden is known as ‘Japanning’ in Europe and is used mainly in lacquer ware and woodwork, although it can be applied to metal and other surfaces. Raden is supported by linings of mother-of-pearl, abalone, ivory, and other shells applied to the surface of the lacquer or wood. Raden originated in the Tang Dynasty China (618–907) and was brought to Japan in the Nara period. It was initially used in mosaics and other items in combination with amber and tortoise shell.